Maureen Teahan Murray helped us kick off the holiday season by sharing her Thanksgiving memories a couple of weeks ago, and she is back with a special story, just in time for the first Sunday of Advent…enjoy!

An Orange for Baby Jesus

One of the pre-Christmas joys for my sister and me was watching the manger being set up in our church as we sat patiently in a pew. First the frame was assembled, then a covering of evergreen with lots of holly carefully arranged. Next, a nice bed of straw was placed inside. Then it was ready for the Holy Family—St. Joseph, the older man, Mary, young and lovely in blue and, protected between them, baby Jesus in his swaddling clothes. Behind Him gathered the animals, so close that they seemed to breathe warmth on His tiny body. And of course, the wise men bringing their rare gifts for the new-born babe. Above a lovely artificial star was set, blinking in and out.

When the work was finished, we drew closer for a better look. Since we lived so close to the church, we visited often. A child gave baby Jesus a wonderful gift—an orange from Jaffa, Palestine (the state that years later would become the modern nation of Israel). My sister, Kitty, resisted the tempting orange as long as a three-year old could. But one day she snatched it from Jesus’s outstretched hand. It was only later that the inevitable guilt set in.

When Kitty was able to return to our home town of Milltown after living in the United States for many years, she climbed the spiral stone steps to the belfry. Her thoughts, no doubt, went back to childhood. She took a photo of the baby Jesus, looking just as He did years ago. That picture was cherished all her life.

My sister departed this earth some time ago now, but we are certain that when she entered the Kingdom, Jesus met her with outstretched arms—and He didn’t mention the orange. 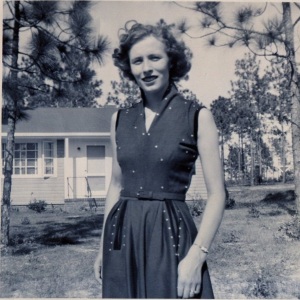 8 thoughts on “An Orange for Baby Jesus”