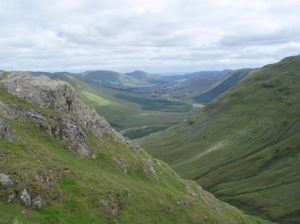 My knowledge of bogs is very limited, but that hasn’t stopped me from being fascinated with bogs and the things that come out of them. Especially bog bodies. Creepy to some, but I think the ancient, deeply tanned body parts discovered by farmers and turf-cutters – just going about their business – are just the coolest. Bog bodies are the main reason bogs are one of my favorite things about Ireland.

Bogs are everywhere in Ireland, covering one-sixth of the island. When I am in Ireland I often hear people talking about the bog. I know people aren’t regularly coming across bog bodies like these, but I wonder what it would be like to know that at any time you might uncover an ancient body. There are many reasons why I would make a poor turf-cutter, chief of which is that I would never get around to cutting any turf. I would think every twig could be a leathery finger or toe, and each plant root a strand of hair connected to a severed, flattened head.

Bogs are mysterious and spooky. In 2011, we were visiting family in County Laois and the quickest way back to where we were staying was to take the bog road. There was a lot of talk that week about whether to send the Americans back to their self-catering via the bog road. There was also something about the Green Man on the bog road. It all was a bit complicated – you had to turn off your car and your lights, get out and lay on the road (or something) for a chance to see the Green Man. The road was straight, but extremely narrow and it was super dark and foggy at night. With bog on either side of the road, there was little room for driving error. You might end up as a bog body of the future.

Of course, it isn’t only bodies that they find in bogs…they also find ancient artifacts like bowls, jewelry, tools, and even butter!