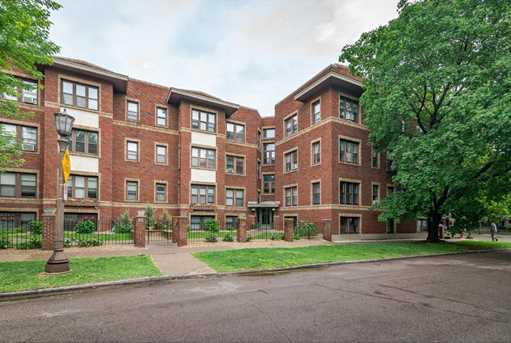 I am polishing up an article for Ramsey County History Magazine on 100 years of history at The Tazewell. The short story…The Tazewell Apartments were built in 1918 in a bustling neighborhood of St. Paul. The building suffered from mid-century neglect and urban fight and fell into disrepair. In 1979 the building was condemned. A developer rescued the property and in 1981 The Tazewell Condominiums emerged from the cockroaches, squirrels, and blown out windows.

As a current resident of The Tazewell, I find myself wondering about what the building was originally like and who used to live here. Since, apparently, the original building plans don’t exist, the former plays out in my imagination (aided by the very occasional architectural clue). The latter curiosity can be more concretely satisfied. In preparation for the article, I spent a great deal of time looking at the old St. Paul City Directories to learn about earlier residents of the building. Because so much of the research I do revolves around Irish immigrants, my eye was instinctively drawn to the Irish surnames in these directories. It’s no surprise, but there were a good number of Irish Americans living at The Tazewell over the years.

I mention several of the residents in the article,, but there are many more stories behind the names on the pages of those directories. Small stories, maybe fragments of stories, hidden but waiting to be told. I will explore some of these stories over the next few months. The Irish in America and at The Tazewell is not terribly catchy, but it will have to do for now.

Although construction was completed in 1918, 1919 was the first year a full slate of residents appeared in the directory. Of the fifty residents, there were 21 women and 29 men living in a total of 36 efficiency and one-bedroom apartments. Irish surnames like Hughes, Connolly, Howe, Kelly, Egan, and Neely were scattered among Thorson, Steuer, Albrecht, Van Sylke, and others. Of course, I understand that Felix Hoffman could have as much Irish ancestry as say, Nora Egan, and we’ll look at that as well. That’s kind of the point of America, after all, isn’t it?

For the purposes of exploring the lives of the Irish in America, I will begin next time by looking at the first resident to catch my attention – Florence Connolly, a teacher and original resident of The Tazewell who stayed for nine years. Check back on Monday for Florence’s story.