Thomas Patrick McMahon was born August 30, 1907, in Tara Township, Minnesota. Tom was the third of seven children to parents Thomas and Mary (Foley) McMahon. Tom was one of my grandma’s older brothers.

Grandma remembered the time she complained to Tom that she had a headache. He looked at her, sighed and shook his head gently. “No, Agnes, no,” he said quietly, “You need to have brains to get a headache. What you have is rheumatism of the skull.”

McMahon siblings on the farm – Grandma is in front with hair in her eyes, Tom on the right, 1919 (Agnes Regan Family Collection)

Grandma said she could feel her eyes well up, but then Tom placed a hand on her shoulder and she immediately felt better. They had a good laugh. Tom was never mean-spirited, he just had a way with words. Tom was very bright and he enjoyed working on the farm with his dad. He was always a great help, as well as great company to his dad.

The McMahon family moved to Minneapolis from the farm in 1924. Life completely changed for the McMahons. They all eventually adapted to life in the city, finding their ways, except for Tom. He never quite fit in. There was no place for farmers in the city and treating telephone poles in the pole yard with his dad wasn’t quite the same as working on the farm with him. Tom started drinking, started missing work and eventually stopped coming home. 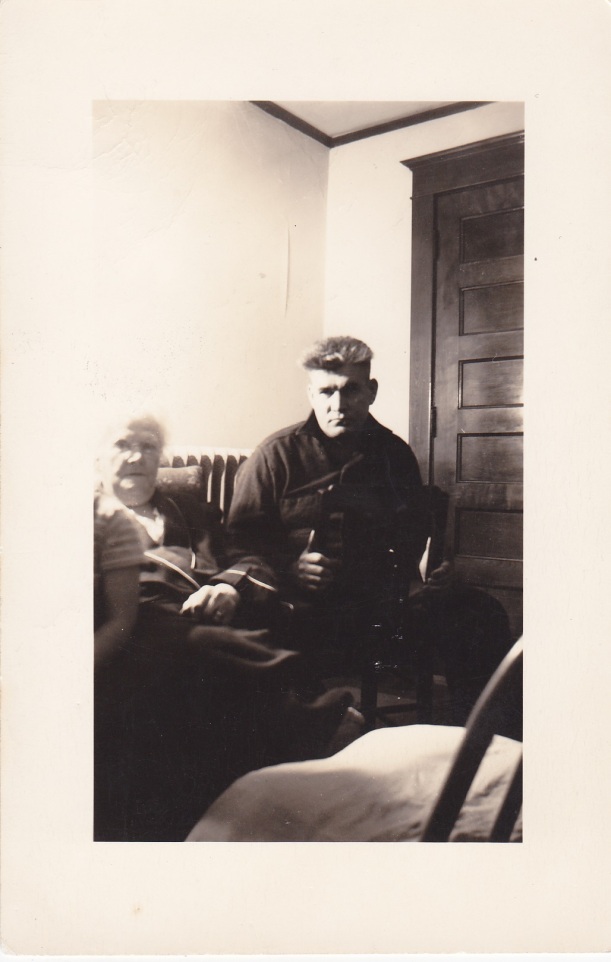 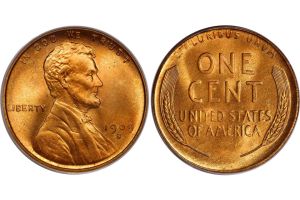 My grandma had a currency collection – buffalo head nickels, Barr dollars, drummer boy quarters, and “wheat pennies” – the penny minted in the US from 1909-1956 (see picture at left). I was at Grandma’s one day when I was about fifteen-years-old. I had found a couple of wheat pennies for Grandma to add to her collection.

As Grandma pulled the plastic bread bag of wheat-backed pennies from the drop-down desk, a small envelope fell to the floor. It was one of those tiny manilla envelopes, the kind a landlord might give you with the key to your new apartment.

“What’s this?” I asked Grandma as I bent to pick up the envelope. It looked old.

She took the envelope from my hand, pushed back the flap and poured the contents into her hand. “Four nickels. Twenty cents. This was what my brother Tom had in his pocket when they found his body. Four nickels. It was all he had in the world.” Grandma clasped the nickels in her hand and motioned for me to sit. Then she told me all about Tom, how smart and funny and kind he was and how that all disappeared when they moved to the city and he began drinking.

Tom died on September 5, 1949, or at least that’s when they found his body down by the Mississippi River. He drowned. No foul play, most likely slipped and fell, they said. Tom had no ID, no home, no possessions. The police knew who to call when they found him. They had picked Tom up many times over the years, and it was my grandpa who’d come pick him up. Tom would stay for a day or two – he could have stayed with Grandma forever – but then he’d move on. When my grandpa went to identify the body, the envelope was the only thing he came home with. It was all Tom had.

My grandma kept the envelope tucked up among her collection of bills and coins. I am sure it fell out from time to time and I can see her opening the flap and pouring the nickels into her hand as she did with me that day. My grandma was never one to dwell on the past, on the sadness of life, but I bet she allowed herself a moment to hold on to those coins and remember her brother Tom.