Not all the residents at The Tazewell Apartments were Irish American, but this article may be of interest to anyone who enjoys topics in history such as the rise and fall (and rise again) of urban America, 19th-century social history, apartment building architecture, or the history of one of St. Paul’s most well-known neighborhoods (Cathedral Hill) told through the lives of some of its lesser-known residents.

Click here to read The Tazewell: 100 Years in the Life of a St. Paul Apartment Building from the Winter 2019 issue of Ramsey County History Magazine (Volume 53, Number 4). 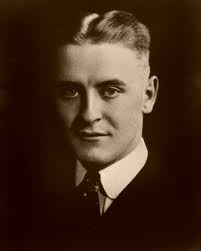 He may not have identified himself as Irish American, but that’s what F. Scott Fitzgerald was, and since he is one of my favorite writers, it stands to reason that he  would make my list of favorite things about Irish America.

So, did Fitzgerald have a problem with his Irish heritage? He was a complicated man. I may live up the street from Fitzgerald’s birthplace in Saint Paul, Minnesota, but that does not qualify me to analyze his personality and motivations. I will leave that to Fitzgerald experts who say his denial of his Irish ancestry rested in the fact he was embarrassed by his mother and her Famine-era immigrant Irish roots. His father’s genealogy was preferable – an established Maryland family and distant cousin to Francis Scott Key, Star Spangled Banner lyricist. Much less ethnic, much more American.

The climate in America was different in the early twentieth century. Americans didn’t often celebrate their heritage like we do today. They just wanted to be American. And if they had aspirations of joining the élite in American society, like Fitzgerald did, then it would be prudent to down-play your ethnicity – and your religion. Funny isn’t it, how things change? Just look at how Tom Cruise embraced his Irish heritage while doing press in Ireland a couple of months ago. Seemed like a bit of a stretch to me.

Fitzgerald wrote novels (The Great Gatsby, This Side of Paradise) and many short stories, but I think one of the best things he wrote was a letter to his eleven-year-old daughter in 1933, instructing her on what to worry about, what not to worry about, and what to think about. Click here to read the letter.

Of all Fitzgerald’s witty observations, this is my favorite quote:  Nothing is as obnoxious as other people’s luck.