Vincent Carmody brings us a moment in history when two seemingly disparate, yet equally impactful events in his life, took place. We take a side trip to Ballybunion for this one.

In the latter part of July 1969 my first cousin Eileen McCaffrey (nee Buckley) and husband Brian were down in Listowel from their home in Portmarnock, County Dublin, for a holiday.

Being fairly young and carefree we decided to visit the nearby seaside resort of Ballybunion to sample the nightlife.

Entering the town we saw large signs announcing that the most famous Irish female singer of the day, Bridie Gallagher, (The Girl from Donegal) was appearing at the Hibernian Ballroom on that night, for one night only.

Cousin Eileen, was beside herself with excitement, “we have to go and see Bridie” she said, ‘did you not know that she attended the same primary school in Creeslough, County Donegal, at the same time as Brian’, she told me, ‘although she was in a more senior class’.

So after socialising ‘down town’ we made our way back to the Hibernian and the Bridie Gallagher appearance. We got some good seats and enjoyed the singing as the night enfolded, during the performance; Eileen scribbled a note which was taken to the stage, asking that Bridie sing one of her most popular songs ‘Sure their cutting the corn down in Creeslough today’ and dedicate it to an old school friend.

Looking down from the stage at the enormous crowd, she said ‘ Ach, Brian, wherever you are in the crowd, don’t leave till we meet up and catch up on old times’. 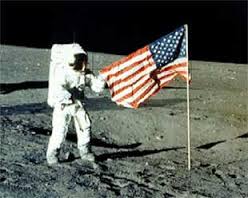 So after the performance we met up and were ushered into the residents lounge.

Already in the room was quite a sizeable crowd assembled around two black and white television sets. What was being broadcast was the live telecast of the first lunar landing. The date, July 20th/ 21st 1969.

So as the century’s most famous moment unfolded and Neil Armstrong uttered the famous words, ‘one giant leap for mankind’ I and the others were in the wonderful company and sharing hospitality with probably one of the most popular Irish artistes of her time, Bridie Gallagher.

Are you getting excited for The Irish in America St. Patrick’s Day Giveaway? We will announce the details tomorrow…

Album: When Justice Came by The Black Velvet Band.

The minute Regan came home from college at Christmas with this cassette tape (it was the late Eighties, after all) I fell in love with it. Regan saw The Black Velvet Band when they opened for 10.000 Maniacs. Those were the days of great music…

Hope you enjoy this song. It is definitely on my all-time Irish favorites list.

Yesterday I heard a re-broadcast of an  Arts Tonight interview with folklorist and musician Mick Moloney on RTÉ Radio1.  Here is a little bit about Mick from his website:

Mick Moloney is the author of “Far From the Shamrock Shore: The story of Irish American History Through Song” released by Crown Publications in February of 2002 with an accompanying CD on Shanachie Records. He holds a Ph.D. in folklore and folklife from the University of Pennsylvania. He has taught ethnomusicology, folklore and Irish studies courses at the University of Pennsylvania, Georgetown, and Villanova Universities, and currently teaches at New York University in the Irish Studies program.

Mick has also recorded and produced more than forty albums, organized and performed countless concerts and productions, consulted on American Public Media programs, and earned a National Heritage Award from the National Endowment for the Arts.

The interview was very interesting because it reminded me that I can look to music as a historical resource for furthering my understanding of the Irish American experience.  When Mick was asked what he encountered when he came to the United States looking for Irish music, he said that he was amazed by the number of songs about the Irish that existed in America…songs about Irish railroad workers and Irish canal workers, Irish anthracite miners in Pennsylvania and Irish coal miners in Montana, big-city Irish politicians and pioneer Irish farmers, Irish activists and Irish gold-rushers  in California.  Songs covering most of the Irish experiences in America.  Mick’s conclusion?  The Irish “speak of our personal lives and our history as a people through music and song.”

Mick was impressed by the quality of the Irish music being played in American cities such as Philadelphia, Boston, New York City, and Chicago.  From the mid-1970s, Mick documented the music he found as he traveled all over the United States.  The result is a collection of recordings housed at the Taminent Library and Wagner Archives of New York University.  Click here to visit the library’s detailed guide to the Mick Moloney collection. 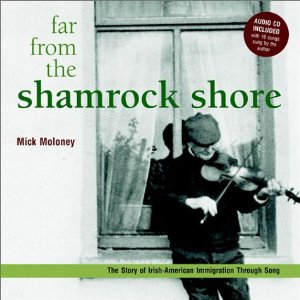 This looks like a great book.  It was published by Mick Moloney in 2002 and is accompanied by a sixteen song CD.  It is available from Amazon.com – click here to take a closer look.  I will be ordering myself a copy soon…can’t wait to read and listen to it!

I will leave you with a song…