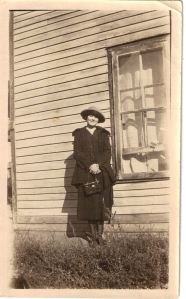 No idea what to choose for my final Favorite of Irish America. Let’s see…I have selected sports figures, entertainers, writers, Presidents, Grandmas, one or two people who might roll over in their graves at being referred to as Irish American, my dad, a couple of nieces, a dinner, a cake, and even a wedding dress.

Take this quote from Tom Hayden, an activist and politician:

“I was raised in an Irish American home in Detroit where assimilation was the uppermost priority. The price of assimilation and respectability was amnesia. Although my great-grandparents were victims of the Great Hunger of the 1840s, even though I was named Thomas Emmet Hayden IV after the radical Irish Nationalist exile Thomas Emmet, my inheritance was to be disinherited. My parents knew nothing of this past, or nothing worth passing on.”

What does it mean to identify oneself as Irish American? Why is it so important for us to remember what was forgotten by our ancestors? I guess it’s what genealogy and family history research is all about. I would love to hear what you have to say on the subject. Please leave a comment with your thoughts…

That’s it for my June Favorites of Irish America. Thanks to all the folks who have followed along, left comments, “liked” posts, and became subscribers to the blog! We will have much more on the Irish in America!