As promised, here is the first of Vincent Carmody’s series, Listowel Emigrant Tales. Vincent tells us about “The Man Who Defeated Richard J. Daley”. With respect to Chicago politics, this was no mean feat! Elmer Walsh, the son of Irish immigrants from near Listowel, defeated Richard Daley, descendant of Famine-era immigrants from near Dungarvan, County Waterford, in the 1946 race for Cook County, Illinois sheriff.

END_OF_DOCUMENT_TOKEN_TO_BE_REPLACED

What would St. Patrick’s Day be without a parade? Let’s take a look at a few of the celebrations in urban Irish America this year…

END_OF_DOCUMENT_TOKEN_TO_BE_REPLACED 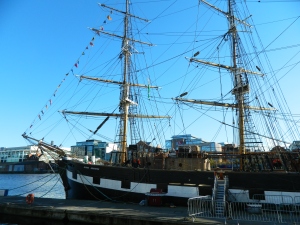 On occasion, a reader of the blog will leave a comment wondering if anyone has information on a specific Irish ancestor or family or even an Irish relative or friend who made their way to America.

These comments quickly become buried as new posts move to the top of the page. I would like to give a few recent comments a bit more attention here…take a look, and if anything strikes a chord, leave a comment. I will put you in touch with the source!

MULLIGAN: FROM SLIGO TO CHICAGO

J.C. writes: “Hi there, What a great website, Doing a little research myself and am trying to find any details on an Anthony Mulligan who emigrated from Sligo through Queenstown, Cork Ireland in Oct 1914 on The Cedric and settled in Chicago and I think he worked for Armour Stock Yards.He signed a Reg Card No 2038 in 1940/41 and lived in 425-W-60 Street. Dont know whether he married , family, or anything else about him . He had a brother James who also lived in Chicago and a sister ” Sr Martin Mulligan ” a Sinsinawa Dominican nun but I have traced these two family members. Any help out there would be appreciated.”

This is an interesting one. I did a quick search, but I was unable to find Meg. Brenda writes: “I am looking for a Meg Reidy who lived in Clinton Ave. in Boston in the early twenties, as a tiny child. My husband’s mother was her nurse/housekeeper, and spoke of her all her life, she loved that baby. Anybody know her, or her descendants or family?” 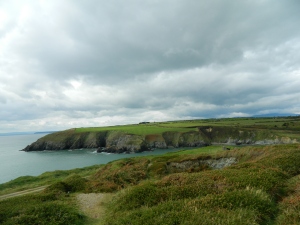 I just learned from a comment on another blog I write that the Kavanaugh family who settled in the railroad town of Clontarf in Western Minnesota came from Bunmahon in County Waterford. This caught my eye since I actually drove through Bunmahon while visiting Waterford this autumn.

John commented that he had heard that several families who settled in Clontarf, Minnesota in the late 19th century had come from Bunmahon. This was news to me. Anybody out there know anything about emigration from Bunmahon, County Waterford?

Hope you all have a wonderful weekend, and if any of the names or places on this page sound familiar, please drop me a line!

Enjoy the latest press release from the folks at Ireland XO. It’s great to see them reaching out to the Irish communities in Chicago and Milwaukee! 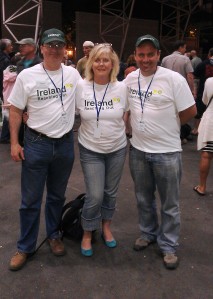 Ireland Reaching Out began its first major outreach drive to the Irish-American diaspora with a busy and successful visit to Galway’s Sister City, Chicago and the Milwaukee Irish Fest 2012.

Loughrea, Co. Galway, August 27th 2012  The Mayor of Chicago, Rahm Emanuel has asked Ireland XO to trace the Irish roots of his wife who has Irish ancestry – this is just one of the many hundreds of requests that the team took home from their first major outreach to the Irish-American diaspora in the US Mid-West.

As part of a delegation which included both Galway City and County Councils as well as Fáilte Ireland, members of the Ireland Reaching Out Programme travelled last week to Chicago, en route to the 2012 Milwaukee Irish Fest. Supported by local volunteers from the Chicago area, the team “reached out” to the estimated 120,000 attendees at the Fest to sign up Irish-Americans interested in tracing their roots and one day returning to the parish of their ancestors. There was extraordinary interest shown by those engaged in linking to their Irish Heritage and the majority of them were planning a visit to Ireland for The Gathering 2013.

In Chicago, Ireland XO made presentations at the Irish American Heritage Centre and Gaelic Park in Chicago where Irish culture, language, music, dance and sport is celebrated by many thousands of members. In excess of 150 people attended both venues where Mike Feerick and Henry Healy of Ireland Reaching Out explained their work and  closer co-operation between the organisations is envisaged. In particular, the IAHC has an excellent library and archives as well as a monthly genealogy group which Ireland XO intends to leverage.

At the Chicago mayoral reception, John Mahoney, best known for his role in the TV hit comedy Frasier, and whose grandfather is from Co. Cork, praised the Ireland XO concept and encouraged both Diaspora and Irish parishes to sign up.  At Milwaukee, the ancestral details of over 600 Irish-Americans were signed up for the programme. These ranged from one Virginia State resident tracing his ancestor’s departure from the town of Ballina in Mayo in 1740 and now having 1,200 people on his family tree (all members of the Ballina, Co Mayo Diaspora!), to those who were finding out for the first time about the Irish origins of their grandfather.  Commenting on the feedback, Mike Feerick stated that “the immense opportunity for local communities in Ireland to connect with their Diaspora was starkly evident at the Milwaukee Irish Fest. We should not stop until all 70 million of the Irish Diaspora are reconnected!”

For further information on the Ireland Reaching Out Programme, or getting involved, please contactinfo@irelandxo.com  or telephone 091 842 013. 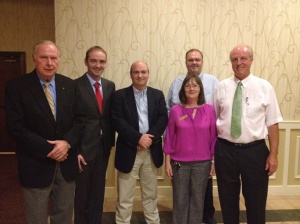 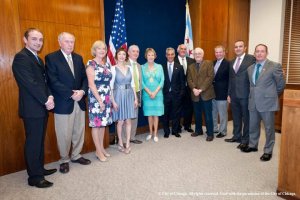 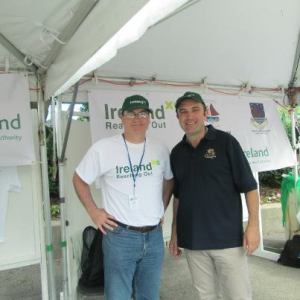 About the Ireland Reaching Out Programme
The Ireland Reaching Out (Ireland XO) project won the special award at the national “Pride of Place” Awards in Nov 2011 and in February 2012, was voted the “Best Community” initiative nationally by the Local Authorities Members Awards (LAMA).  The project was founded in South-East Galway by tech entrepreneur Mike Feerick in 2009 and has been funded by the Department of Foreign Affairs, the Heritage Council, the Atlantic Philanthropies, the Ireland Funds, Galway County Council, Galway Rural Development (GRD), and Irish-American sources. Sponsors include Google, Guinness, An Post, and the National Library. In Dec 2011, the project launched a global partnership with the GAA, agreeing to link newly identified members of the Irish Diaspora to the network of nearly 500 GAA clubs worldwide. Well-known broadcasters and economists David McWilliams and George Lee have been prominent supports of Ireland XO pointing out the extraordinary economic potential of the project, which rises well beyond the immediate and obvious tourism opportunity. The Ireland Reaching Out project aims to connect over million people through the project by the end of 2013. It believes it can achieve a database of 10 million members of the Irish Diaspora, including delivering one million additional visits to the island of Ireland by 2016.